News: Simpsons to be Silenced? 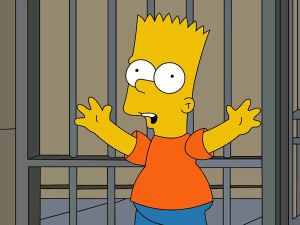 According to Entertainment Weekly, contract disputes could finally spell the end for The Simpsons. 20th Century Fox Television is asking the voice actors to take a 45% pay cut, stating that without the cuts, the show will be financially unable to continue. At 23 seasons, The Simpsons is the longest-running sitcom in TV history.

In all honesty, it’s probably past time. Granted, The Simpsons is still the best show on Fox’s Sunday night line-up, but that’s not really saying much. At this point, we’ve probably seen everything that can be done with the characters in a half-hour format; let it die with what dignity it has left, and go to the occasional movie for longer-format stories. That’s really the only place I can see for them now. And Fox has to know that asking for a 45% pay cut is doomed to failure; nobody is going to do the same job for (about) half the pay. Even “it’s better than nothing” doesn’t really work as an argument, because it’s not like these guys are going to have trouble finding work afterwards. “OK, we’re voice casting for our new animated show. What’s your experience?” “Oh, I was just one of the major characters on a show that’s been around as long as your entire target audience.”

8 Responses to News: Simpsons to be Silenced?