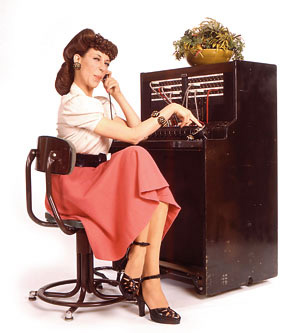 “We don’t have to care. We’re the phone company.”

For the past several days — since August 1st, in fact — I haven’t been getting anywhere near the download speeds that I’m supposed to be getting out of my ISP (CenturyLink). I’ve called them to complain, but mostly got the runaround and a statement that their engineers were “aware of the issue”. This statement didn’t include any sort of timeline on when they would be fixing said issue, however. I am considering just jumping providers at this point (cable internet would be faster than DSL anyway even if my connection were working properly), but the options in my area are kind of limited, we’re not sure the cost difference is something we’ll be able to manage right at the moment, and it likely wouldn’t happen before the month was out in any case. So for now I don’t know when my internet will be back in proper functioning order.

Now, this is a personal problem, and I wouldn’t normally mention such here on the blog. But it’s going to have a bit of an impact on the blog, so I thought it might be reasonable to say a word or two about it.

With things as they currently are, I don’t quite have a high enough download speed to stream a movie — even at 360p. I’ve given it a couple tries, but I can’t get enough buffered to watch the movie without having too many interruptions to make it enjoyable. Since most of the movies I review are streamed from Hulu and similar sites, this obviously cuts into my options. Right now, I have two options for watching movies. The first is finding things on television; this is pretty hit-and-miss when it comes to finding decent things to watch, and it often means I won’t have pictures for my reviews, but I expect I’ll be doing a fair amount of this. The other option is movies that I can download in full before watching them; this largely means classic movies that have fallen into public domain, downloaded from the Internet Archive. It takes a long time to download them, but at least I can watch them without interruption once I have them. So you can probably expect a fair number of classic films for the next several days, or however long it takes for CenturyLink to get their act together. I also have another Flixster movie to watch and review, though I’m not looking forward to it.

Since the movies on TV are hit and miss, and the downloadable movies take a while, there may be days when I don’t have something ready to review. I’m going to try and keep those filled with general written articles. I’m hoping to keep to the usual schedule of an article on Sunday and Wednesday, Weekly Weblinks on Friday, and reviews on every other day. But articles may wind up getting posted on other days if I wind up short on movies. I’m going to try and avoid missing any days, one way or another.

Hopefully this will all blow over soon. But I don’t know. Since it’s on its 10th day already, I’m feeling less than charitable in my assumptions about CenturyLink’s competence.

Fan of movies and other media
View all posts by Morgan R. Lewis →
This entry was posted in Admin and tagged admin, blogging. Bookmark the permalink.