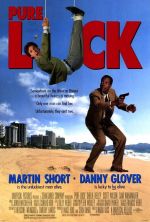 Pure Luck is one of those movie titles that seems like it could have more than one meaning, but really has only one possible interpretation. Nobody ever makes a film about somebody who has supremely good luck, ergo, we know from the title that it’s going to be about bad luck. That it stars Martin Short, along with Danny Glover, just shows how justified this expectation is. Nadia Tass directed this 1991 comedy, and like a lot of Martin Short films, it seems to have flown under the radar. It’s not a spectacular comedy, but it’s far from bad.

Sheila Kelley plays Valerie Highsmith, daughter of a corporate millionaire, who is vacationing in Mexico. But Valerie has supernaturally bad luck — or at least as bad as any luck you can walk away from can be. At one point she falls six stories off of her hotel room balcony, lands on a canopy, and walks away without a scratch — and without viewing this as unusual in the least. Her bad luck soon catches up with her, however, when she gets mugged and hits her head, losing her memory. A month later, she’s still amnesiac, missing, and her father (Sam Wanamaker) is desperate to have her located and brought home. 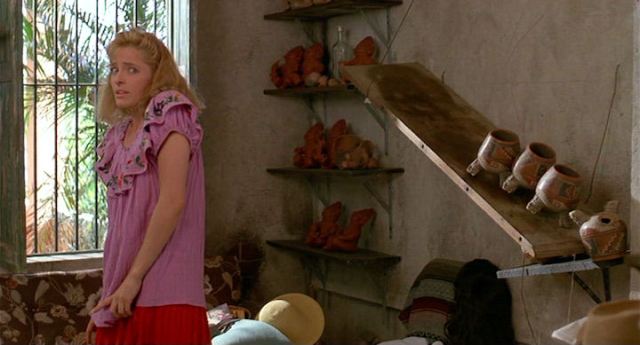 While Valerie is in the company of a small-time con man (Scott Wilson) who waits for her to regain her memory so he can contact her family and ransom her off, her father has hired a private investigator, Raymond Campanella (Glover), to find her. But after a month, he has not been able to turn up any solid leads; it’s as if she has disappeared completely. Highsmith has sought out more and more unorthodox solutions, including psychics, to help out, all to no avail, until his corporate psychologist comes up with a suggestion. Monosoff (Harry Shearer, in a good but brief role) has a theory about people with bad luck, that it really is a permanent attribute of the person; he refers to it as a condition called Coincident Misfortune Syndrome. Further, people with bad luck tend to behave in similar ways. He calls up one of the company’s accountants, Eugene Proctor (Short), a man who is so unlucky he’s been struck by lightning twice — once in a movie theatre. Monosoff believes that if Eugene goes to Mexico, his own bad luck will mirror Valerie’s, allowing Campanella to pick up her trail, with Eugene perhaps literally stumbling across her. The world’s unluckiest woman is to be found by the world’s unluckiest man.

The comedic potential is obviously pretty high. Eugene doesn’t know why he’s been chosen, nor that he’s not truly in charge of the investigation, giving Short and Glover plenty of opportunities to play off of each other. Eugene is surprisingly happy-go-lucky for a guy with no luck, treating his numerous accidents as a matter of course. Raymond is uptight and easily frustrated, by the bizarre belief that Eugene will stumble across Valerie, by Eugene’s insistence on running the show, and of course by his role as collateral damage as happenstance takes pot shots at Eugene. The two leads don’t quite play off each other as well as Gibson and Glover in Lethal Weapon, but it’s still good enough to carry this lighthearted film. 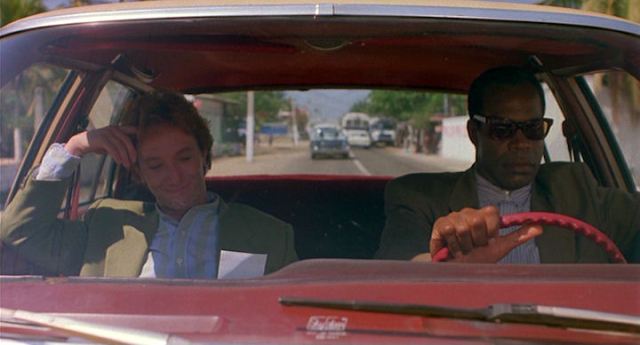 Strangely, he never says it, but you can just tell Raymond’s thinking he’s too old for this.

There are, of course, a lot of physical gags and pratfalls on Short’s part. While there isn’t much in the way of innovation here, it’s all timed very well, and gets a few easy laughs. And there are a couple scenes that had me cracking up; the last scene was one, and another was in a hotel cafeteria. The old salt-shaker gag is such a hoary chestnut that it should be impossible to get more than a wry smile out of someone with it, but here it’s set up and played with so deftly it was hilarious. I won’t go into specifics, so as not to spoil it, but the difference between it and the usual iteration provides the audience with a great demonstration of the difference between normal bad luck and Eugene’s ridiculously bad luck. Really, the only gag in the film that didn’t work for me was the bee sting joke.

There are a couple weak spots in the film, mostly down to the plotting. There are a few moments where it looks like the film is going to have Eugene’s bad luck get shifted onto Raymond, with Eugene suddenly getting good luck, but it doesn’t go anywhere with this. It would have been better to just be consistent on the luck if it wasn’t going to turn things around. Additionally, while we hear of some of Valerie’s exploits, we don’t see them, and it might — possibly — have been funnier in a few instances. Still, most of the time director Tass seems to be able to pick just the right way to show a calamity to make it funny, so any armchair quarterbacking is a bit suspect. 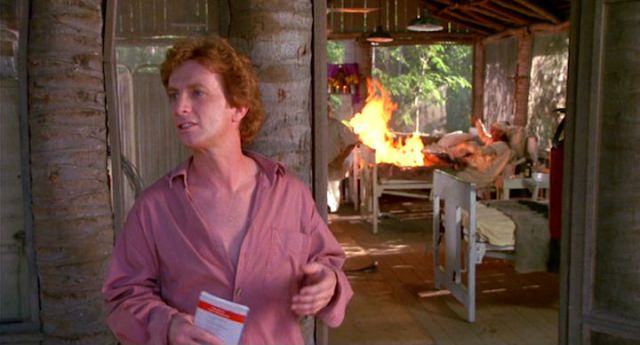 I wavered a bit on just how to rate this movie. I enjoyed it, it made me laugh, but I can see where it could be better. Glover doesn’t quite get the intensity in his role that would really make the contrast work, mostly because his character wasn’t written with much beyond just growling at the antics of Eugene. There are some scenes that could probably stand to be cut, and others that could have been developed more. But while it has its flaws, and certainly isn’t a deep movie, it’s a lot of fun. The gags may be familiar in a lot of cases, but they’re done well. It’s just a funny little film. If you watch it, I expect you’ll be laughing more often than not.