Mark of the Vampire 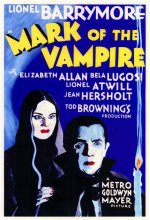 I haven’t yet had the opportunity to check out the 1931 classic Dracula, but I took the opportunity to check out another collaboration between director Tod Browning and actor Bela Lugosi — 1935’s Mark of the Vampire. Naturally, Lugosi is once again playing a vampire, though in this case his name is Count Mora, and he’s backed up by a female vampire named Luna (Carroll Borland). The two get very few lines in the film, and mostly act intimidating and eerie. They’re good at that, no question, but it does seem like a little bit of a waste of Lugosi’s talents. 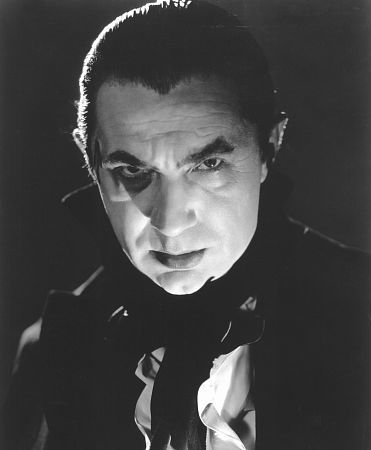 If you’re going to use Lugosi as a vampire, let him ham it up a bit.

The story begins, of course, with a death, that of Sir Karell Borotin (Holmes Herbert). He is found slumped over his desk, drained of blood. His daughter Irena (Elizabeth Allan) is distraught, and initially Inspector Neumann (Lionel Atwill) has no clues on who committed the killing. A year passes, and Irena is engaged to be married to Fedor (Henry Wadsworth), but she is still haunted by the death of her father — and haunted rather more literally with the appearances of Count Mora and Luna, who start appearing and hypnotizing her, attacking her and Fedor both. Her guardian, Baron Otto (Jean Hersholt) expresses concern over her safety, and Inspector Neumann has a consultant brought in, Lionel Barrymore as Professor Zelin, who gives the official diagnosis of vampire attacks. Neumann is skeptical, Otto is troubled, and Irena is simply terrified.

The tale seems reasonably simple at first, but it has a few twists here and there which may come as a surprise to fans of the genre. Whether they’re palatable or not will depend a bit on the viewer’s own tolerance for such things; Lugosi reportedly was unhappy with the final twist. Personally, I found it to be a decent, if unspectacular plot. It’s not the best vampire story around, but it’s certainly worth a watch.

A large part of this is due to the acting. There’s a lot of screaming going on, but for the most part characters are portrayed believably. Elizabeth Allan does well as the damsel in distress, and Lionel Barrymore makes a capable heroic lead — an unusual position for an elderly man in film. There’s a definite influence of the traditional Abraham Van Helsing in his portrayal… and also something of Sherlock Holmes in there. Lugosi, as noted, doesn’t get very many lines, but few actors have so perfected the silent stare, so he still is memorable in the film.

I’m sure that when I watch Dracula, it will easily supplant this in my memory. But taken on its own, Mark of the Vampire is a fun little monster flick.

1 Response to Mark of the Vampire