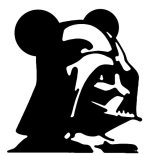 In a move sure to grab some attention, the Walt Disney Company has announced plans to acquire Lucasfilm, Ltd., and all its properties. This includes, of course, Star Wars, which will be receiving a new sequel in 2015, with Star Wars: Episode VII (a subtitle has not yet been announced). George Lucas will remain as a creative consultant, while Kathleen Kennedy, current Co-Chairman of Lucasfilm, will be moved to the position of President of Lucasfilm and will serve as executive producer on all new Star Wars feature films.

Obviously this all is a lot to take in a for a Star Wars fan. I had personally thought we were probably done with new Star Wars feature films, so an Episode VII comes as a bit of a surprise — though it does make sense that Disney would want to further their newly acquired property. What story a seventh episode might be is an open question — fan speculation since before the prequels ran towards Timothy Zahn’s Heir to the Empire trilogy when it was published, but there is no guarantee that Disney will go with the always deuterocanonical-at-best extended universe continuity. Plus, Mark Hamill, Carrie Fisher, and Harrison Ford are all getting up there in years (though Zahn’s trilogy was at least set a generation down.) That the film is coming out in the relatively soon year of 2015 seems mighty early for a film that, to the best of my knowledge, wasn’t in production before. So naturally, like a lot of Star Wars fans, I’m viewing this with a degree of trepidation — but just like every other Star Wars fan, I’ll be sure to see the film when it hits theatres. Let’s not lie to ourselves. Even after getting a little burned on the prequels, passing up Star Wars just isn’t something that’s going to happen.

One possible bit of good news is that Disney seldom lets artistic pride get in the way of making a buck. This is just speculation on my part, but I would imagine that the odds of a remastered unedited original trilogy release have just gone way up.