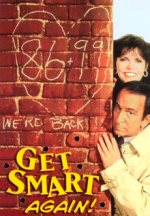 One of the many spy spoofs to come out of the 1960s was Get Smart; unlike most of the other spoofs, however, it wasn’t a movie, but a television series. Created by none other than Mel Brooks, the series starred Don Adams as Maxwell Smart, secret agent 86 of CONTROL. It was highly successful, running from 1965 to 1970. After it ended its initial run, it continued to air in syndication, and periodic attempts have been made to revive it, most recently in 2008 with Steve Carell in the title role. Prior to that was a short-lived sequel series in the 1990s starring Andy Dick, but the less said about that the better (though it did at least have the good grace to include Don Adams in a supporting role). But before even that were two films based on the series: one theatrical, 1980’s The Nude Bomb, and one that was made for TV, 1989’s Get Smart, Again!

Having been born nearly a decade after the show ended, I was of course unable to watch it during its initial run. But like many children of the 80s, I grew up with Nickelodeon and their Nick at Nite programming line-up. Get Smart was the first non-animated show I remember really getting into; I even got some of my friends into it, and I can only imagine how perplexed the teachers at our middle school must have been by a bunch of sixth-graders spouting off Maxwell Smart’s catchphrases. But it wasn’t until I was an adult that the internet gave me the opportunity to learn about the two movies from the 1980s, let alone to watch them. I caught The Nude Bomb four years ago, and this week I finally got to see Get Smart, Again!. While I have yet to see the Carell version, I can now at least say I’ve seen all of the Don Adams Get Smart shows and films. 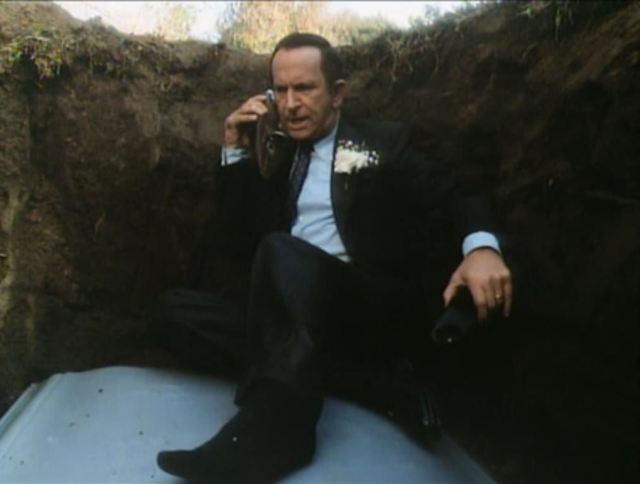 Would you believe I had some concerns about this?

The concerns I had were mostly due to having watched The Nude Bomb prior. While that film was amusing in its own way, it had also been a distinct disappointment. It was attempting to mimic the humor of the original series while being a more modern type of spoof at the same time, and it didn’t quite mesh. It lacked the mock-seriousness that ran as a subtle undercurrent in the show. Where Get Smart was always about a goofy spy in ostensibly serious situations, The Nude Bomb was a goofy spy in overtly silly situations. Amusing still, but not quite the same. Worse, while it starred Don Adams as Maxwell Smart, it could only loosely be said to be a Get Smart movie — aside from cameos of minor characters Larrabee and Agent 13 (the latter of which with a new actor), no other characters from the series were present, and CONTROL was never mentioned (Smart was an agent of PITS in that film). It felt, in a lot of ways, as if the story had been written as a standalone film, with Maxwell Smart inserted at a later date.

Fortunately, Get Smart, Again! is indeed a Get Smart movie. With the exception of Edward Platt as the Chief, all the major characters and several minor ones return for the movie (Platt had passed away in the interim, and the movie is dedicated to his memory). Robert Karvelas returns as Larrabee, Richard Gautier comes back as Hymie the robot and gets some good laughs with his deadpan delivery. The original Agent 13, Dave Ketchum, is back. Rather more importantly, Adams’ co-star, Barbara Feldon, returns as Agent 99, restoring the on-screen chemistry and emotional balance that was lacking in the prior film. 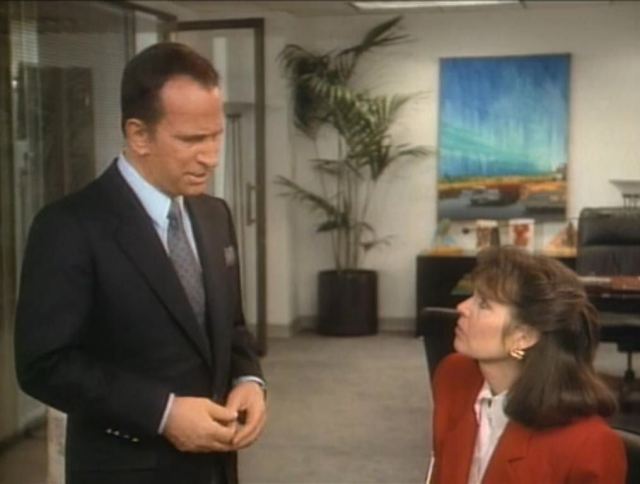 Of course, we still don’t learn her actual name.

Perhaps just as importantly, Bernie Kopell returns as KAOS agent Siegfried, with King Moody in tow as Shtarker. Bringing back KAOS and its most memorable agents helps the film greatly, as the interactions between Max and Siegfried remain as comical as ever. There are a few additional characters brought in, with Harold Gould and John de Lancie having the most memorable roles, and the actors fit in well with the old cast, but it’s essentially a reunion show, and the original actors are still the undisputed stars here.

Even the director, Gary Nelson, is an old hand from the show, having directed several of the episodes. The result is that the cast and crew all truly get Get Smart. While the actors are visibly older, their timing is the same, and the jokes feel natural and unforced with a few minor exceptions. And the story has the feel of an old Get Smart episode, while acknowledging the passing of time. Dormant for many years, KAOS has suddenly resurfaced, threatening the world with a functioning weather-control machine. The United States Intelligence Agency realizes that their current spies are too unfamiliar with KAOS to deal with the threat before the ransom deadline, and so, seeking through the personnel files of the defunct CONTROL agency, they reactivate Maxwell Smart. Smart assembles a team of his former colleagues and mayhem ensues.

Like the episodes of the TV series, Get Smart, Again! works as both a comedy and a spy story. It has its moments of excitement and some fun fight scenes, always with the tongue-in-cheek approach of the original series. It has the wit that characterized the show, in the show’s actual style. People who are only familiar with the Steve Carell version might be better served by checking out some of the original episodes first, but anybody who is already a fan should enjoy this. Without wallowing in nostalgia, it brings the audience one final visit to the original agents of CONTROL, a visit that is highly appreciated.

5 Responses to Get Smart, Again!