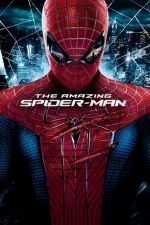 Shortly after watching and reviewing Warner Brothers’ attempt at rebooting the Superman film franchise, I finally got a chance to correct one of my omissions from 2012, and saw Sony’s attempt at rebooting the Spider-Man film franchise. As with Man of Steel, I had some initial skepticism about The Amazing Spider-Man. The film came out relatively close to the preceding incarnation of the franchise (the actual release dates don’t indicate quite how close it was, as the plans for Spider-Man 4 carried on a couple years before being abandoned). Further I was aware that this was because Sony has to keep the franchise in play or risk having the rights revert to Marvel — and with Marvel Studios now producing their own films, it can be assumed that any character they regain the film rights to will not be leaving their studio again. I had concerns that the film might be rushed as a result.

Happily, upon seeing the film I saw few indications that it was rushed, or that it suffered from this. That’s not to say it doesn’t have its flaws, however.

Some people, of course, were more vocal about their concerns of the fast reboot.

With a decision to do a reboot and tell Spider-Man’s origin story again, there is a requirement that the film somehow distinguish itself from its predecessors. Many of the story choices seem to have been made with that goal in mind; while both Spider-Man and The Amazing Spider-Man feature the fateful mutated spider bite, and the death of Uncle Ben (here played excellently by Martin Sheen), this is about all the two films have in common. They diverge in almost every other respect, and even those common points are told somewhat differently. This is vital, as it prevents the story from getting stale.

Many of the differences also seem to have been made with an eye toward appeasing long-time comic book fans. For starters, Spider-Man’s ability to shoot webs is, as with the original comics, due to Peter Parker creating web shooter devices instead of the organic webshooters he had in the previous films. It’s a minor detail, but it’s nice to see the mechanically-gifted side of Peter in the films. More importantly, the film does not feature Mary Jane Watson, but instead has Gwen Stacy, his previous girlfriend from the comic books. While this does lead one to wonder if they’ll eventually tell a certain story in the films, for now it allows for a different romantic relationship with someone whose intellectual interests are similar to Peter’s (Gwen, as in the comics, is a biochemistry student). In the film Gwen Stacy is played by Emma Stone, who joins the limited ranks of actors who look like they simply walked right out of the comic pages. Fortunately, her performance isn’t just one of good looks, as she is also thoroughly convincing and charming in her role; she’s perhaps the acting highlight of the film, with the other main contender being Denis Leary as her father, Captain George Stacy.

Shown here pissed off, which I believe is Leary’s default expression.

The supporting cast in general is pretty solid. Sally Field is a slightly younger-appearing Aunt May than audiences may be used to, but the warmth that Aunt May and Uncle Ben show their nephew feels strong and genuine. And Rhys Ifans is thoroughly convincing in his portrayal of Curt Connors; the sense of extreme distraction he gives off early on is one of the better “absentminded professor” performances in film. The transition to the Lizard, however, is a bit rockier. Part of this is the writing, as the dialogue is simply a lot clumsier for the character. This is perhaps because the Lizard, as in the comics, has motivations that are more feral than a more-developed villain. Combined with the odd human/lizard hybrid design used for his face, the result is that the villain comes off a bit hokey, and is likely to leave long-time fans with mixed feelings. On the one hand, the character was teased to show up for three films running, and it’s nice to finally see him in action. On the other hand, he doesn’t quite live up to expectations. Of course, it would be easy to forgive the odd appearance (this is by no means an easy character to bring to life) were the character given the development that Doctor Octopus was given in Spider-Man 2, but all the development and sympathy here is built up for Curt Connors, not the Lizard, and the personalities are sufficiently divergent that it’s a little hard to take the Hyde part of the Jekyll/Hyde persona seriously.

The other significant issue in the film has to do with Andrew Garfield’s acting. It’s not really bad, exactly… it’s just a little off in places. He generally seems a bit too slick and polished for “nerdy” Peter Parker; at no point is he believable as someone who would be pushed aside in school. He has good emotional resonance with Sally Field and Martin Sheen, but doesn’t have a lot of chemistry with Emma Stone. Hopefully this is something that will improve in the sequels; it’s not irredeemable, it’s just not quite there yet. Similarly, one hopes that his delivery of quips and one-liners improves. Spider-Man’s wisecracking, which was always a large part of the comics, was toned down in Sam Raimi’s trilogy; in Marc Webb’s film, it’s back in full force. However, when Garfield spouts off the quips, they don’t sound like somebody wisecracking; they sound like somebody reciting wisecracks off of a script. Lest it sound as though I’m completely bashing Garfield here, I would like to praise his mannerisms as Spider-Man while in the suit; he’s pretty good at getting down the subtle motions and stances of somebody who is always ready to spring into action.

Gotta be ready to move in case of uppity pigeons.

The plot itself manages to be intriguing and exciting at turns, with a mixture of mildly humorous moments and some tender ones, but mostly a lot of suspense as the Lizard and his plans gradually take form. It’s a little short on action, though, and what there is isn’t as exciting as it should be. Again, it’s a matter of it falling a little short rather than being bad, but there were only a few scenes where it feels as though any character is in any actual danger of being hurt.

The story does a bit of world-building with an eye toward future installments. This includes setting up some events to happen and hints to the past as well: specifically the question of just what did happen to Peter Parker’s parents (another obscure bit of comic book lore). But while I enjoyed most aspects of The Amazing Spider-Man, at least when taken as a whole, I’m not 100% sold on the idea of the sequels just yet. The foundation feels a little unstable just yet, as the first film has some issues that will need to be addressed in sequels. I’m not feeling the potential for a film of Spider-Man 2‘s calibre yet… and there is the potential for one as poor as Spider-Man 3. Still, the future is the future. The film that currently exists is, if not a great Spider-Man film, at least an acceptable one.

24 Responses to The Amazing Spider-Man