And here we are at last, the final part of Mettel Ray’s “Breaking Emotions” blogathon. For the finale, Mettel has chosen those emotions that the ones mentioned before, and all the others besides, add up to: Hate and Love. But not scenes about hate or love, necessarily. Rather, those scenes that make us hate or love the film itself.

As might be expected, there’s a surfeit of options for both. But here are my three picks for each.

There are, of course, plenty of films I don’t like, and a fair number I even out-and-out hate. Sometimes it’s hard to pick out an exact point where one starts hating a film, though. For example, I consider Tim & Eric’s Billion Dollar Movie one of the most aggressively unpleasant entertainment experiences of my life, but it started out bad and simply continued to be bad. It’s not like there was a point — beyond the opening credits — at which I thought it was a good film. For “Hate”, I wanted to focus on a few films which briefly looked like they might be good, but turned bad at a specific moment — or which were mediocre from the beginning, but had a scene that had me switching from “This film isn’t very good” to “I flat-out hate this movie.” Sadly examples were not hard to come up with.

Pay It Forward is a little bit of treacle that has, as its central premise, the notion that if everybody who received a favor passed it on, the world would be a much better place. It’s far too schmaltzy to ever be a good movie, but even within the realm of movies that seem like they should have been made for Hallmark, it shows an astonishing degree of ineptness in how it presents its message. Everybody in the film, every last person, is completely unlikeable. There’s not a one I would want within a ten block radius. But the moment that really triggered my scorn — the one that made it clear that it wasn’t just me “not getting it”, it really was that badly written — comes in the middle of the film. Latchkey kid Haley Joel Osment’s alcoholic mother’s homeless alcoholic mother, seeking to pay forward the favor her daughter paid her — that favor being talking to her like a human being for once — drives up alongside a young man who is running away from pursuers while carrying expensive home stereo equipment. There’s no question, even for a moment, that he’s in the middle of a botched burglary attempt; especially since much of the film is in reverse chronological order, so we already know he’s a convicted felon. Gin-drinking Grandma’s way of paying her favor forward? She confirms that the man is trying to elude his pursuers, and gives him a lift. At no point does the film portray this as an error in judgement or the wrong thing to do. This film about love and hope filled with unlovable hopeless people effectively declares aiding and abetting a criminal to be an act of generosity.

In the case of A Christmas Too Many, a film I don’t recommend checking out this December, I started off hopeful that its promise of a dark Christmas comedy would be fulfilled. It wasn’t too long before I realized most of it was just going to be lame attempts at humor through vulgarity. This would have been enough for me to dislike the film, but the moment where it directly pissed me off came about midway through the film, where the matriarch of the Hollywood-based family dies prior to both the Christmas meal and the scheduled meeting with a movie producer. Even though not a single other member of the family has any interest or investment in meeting the producer — it was Nana who was up for the film role — the family decides to maintain the charade that she’s alive, turning the film from a lame vulgar comedy into a lame vulgar comedy that rips off Weekend at Bernie’s. If your film is going to be terrible, it ought at least to be original. And if it’s going to rip off another comedy, it should at least pick one better than Weekend at Bernie’s.

And here we have a case of a film that proved to have been made by a bunch of liars. I watched Not Another Not Another Movie for two reasons. The first was the film was billed as starring Chevy Chase, Burt Reynolds, and Michael Madsen. That’s a promising lineup. But they have about 10 minutes of screen time between them. The second reason was that the tagline was “We hate spoof movies so much we made a film about the idiots who make them.” I can go along with that; most modern spoofs are terrible. But when the movie started, most of the initial humor was falling flat. Then it had its narcoleptic main character — because narcolepsy is “funny” — start dreaming in spoofs. This was not the skewering of spoof movies it purported to be, it was just a film about bad filmmakers and featuring — in Saturday Night Live-size sketches — numerous spoofs where the highest level of creativity involved was “Let’s pretend Bruce Willis’s role in Armageddon was John McClane, and let’s make him fat, too.” Or, to put it another way, the people who made Not Another Not Another Movie made precisely the kind of movie they claimed to hate, and were just as idiotic as Seltzer and Friedberg. This movie actually pissed me off enough that the next film I watched, I actually stopped after 20 minutes — a rarity for me — because I couldn’t bear to watch another terrible movie right after it.

Choosing a film that I love is not difficult at all. I’ve handed out a fair number of five-star ratings since I started reviewing here, and of course, I have a lot of films that are personal favorites. The Favorite Films reviews on the site exist specifically to highlight those films. No, the only difficult thing here is that when one loves a movie, it’s usually for the movie as a whole. It’s not always easy to pick just one moment. But here are a few where I love the whole movie, but one singular moment sums up why.

Pixar is great at getting people to feel empathy for non-human characters, and WALL-E is no exception. The story is a delightful little film about love and personal ambition, centered around a little garbage-collecting robot. WALL-E can’t speak more than a few words, but he doesn’t need to. Despite barely having a face at all, Pixar succeeds in showing a range of emotions on the little character. And the moment where it becomes clear that they’ve managed in creating another sympathetic character is early on, when WALL-E watches an old film on television, and makes puppy-dog eyes at the screen. 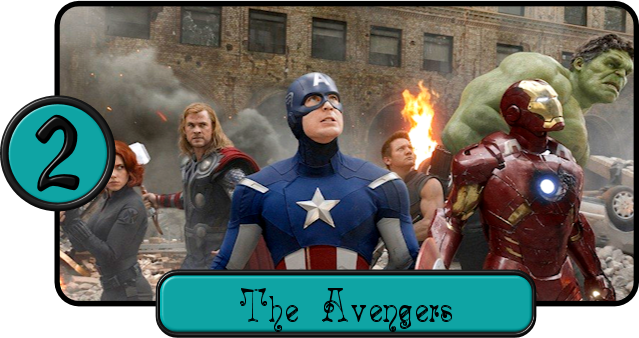 This could as easily have gone under “Thrills”, but I’m including here because it’s not just a great moment in its film, but a great moment for an entire genre. Since superhero films first debuted, and especially since they began their resurgence in the late 1990s, fans have been wondering when they’d see the first superhero crossover film — and whether it would be any good. That moment was first teased at the end of Iron Man, when Samuel L. Jackson unexpectedly showed up as Colonel Nick Fury, and mentioned the Avengers Initiative. Several years later, other Marvel characters were established in their own films, and they were finally brought together in The Avengers. They argued, fought both with and against each other, and finally in the climactic battle, they make a stand together. The Avengers assembled, a promise fulfilled. 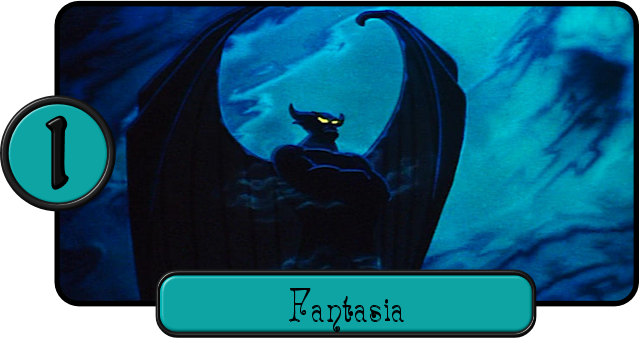 And finally, a film that shows just how much variety there can be in film itself. Fantasia tells a few individual stories, but has no story of its own. Sometimes it’s comic, sometimes it’s dark. But it’s always beautiful. My favorite segment is “Night on Bald Mountain”, where Chernabog makes his imposing appearance at the peak. It’s a fantastically designed segment; it’s dark, but impressively detailed (look at the clouds showing through his wings). And Chernabog is a very striking figure; reportedly even Walt Disney himself was taken aback when he saw the final product. But what really makes this a great scene for film as a whole is the way it demonstrates how varied a work can be. The segment itself is split between the dark “Night on Bald Mountain” and the uplifting “Ave Maria”. It’s a sombre piece in a film that is generally fairly uplifting; it’s one of perhaps two segments that couldn’t have been used as “Silly Symphonies”. And Fantasia is a feature film that is like few others — and like no others at the time it was made. Beautiful film, beautiful segment.

And with that, we are done. Thank you, Mettel Ray, for hosting another fun blogathon. And thank you to everyone who has been reading along and commenting.

Fan of movies and other media
View all posts by Morgan R. Lewis →
This entry was posted in Top X and tagged Avengers, blogathons, Breaking Emotions, Christmas Too Many, Fantasia, movies, Not Another Not Another Movie, Pay It Forward, WALL-E. Bookmark the permalink.