News Bites: Superheroes in the Snow

It’s Friday, and it’s once again time for the News Bites. Running a bit late again this week, for which I apologize, but I’m sure you all know this can be a busy time of year. I haven’t even had time to create Christmas-themed graphics for this column yet; hopefully by next week. At any rate, there may not be a huge amount of news this week, but what there is has generally been pretty big, especially for fans of superhero movies. So before I go out into the wild white yonder and take a crowbar to the horses’ water troughs (again), here’s what’s new this week.

Paul Walker, of Fast and Furious fame died last weekend in a car accident. Universal is currently looking at how to go forward with Fast and the Furious 7 in the wake of his death. Filming had taken a hiatus during the Thanksgiving break.

Danny Wells, who played Luigi in The Super Mario Bros. Super Show, will be stomping turtle heads with Captain Lou in heaven now. The character actor has passed away at the age of 72.

Comic book author Mark Silvestri, of Top Cow entertainment, says he has partnered with Len Wiseman at New Regency to bring his The Darkness comic book to the big screen, and that the associated character Witchblade will be a significant part of the film as well.

Teen horror series Scary Stories to Tell in the Dark is heading to theatres, to be written by Patrick Melton and Marcus Dunstan of the Saw franchise and produced by Sean Daniels of The Mummy.

Lionsgate has picked up the script to Time Tweaker, by first-time writer David Crabtree. Plot details — other than that it obviously involves time travel — are being kept under wraps.

The presence of Wonder Woman in Man of Steel 2: Superman vs. Batman has been rumored for a couple months, but now it’s official and she has been cast. Who’s playing the Amazon princess? Gal Gadot, best known for playing Gisele in the Fast and Furious franchise.

The news that WB is finally taking a look at Wonder Woman — even if it’s as a supporting role in a Superman/Batman film — would normally be a bit hard to beat. But there’s just a bit bigger news this week as well, as director Bryan Singer has tweeted that the title of the next X-Men movie will be X-Men: Apocalypse, teasing at one of the biggest stories in the X-Men comic book series. The film franchise has been getting more ambitious lately — the upcoming X-Men: Days of Future Past is also based on a landmark story from the comics — so it’ll be interesting to see how this turns out. X-Men: Apocalypse is scheduled for release on May 27, 2016. 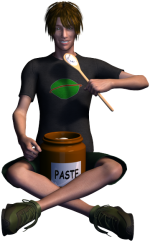 The one-and-only actor to actually physically play the Hulk, Lou Ferrigno, believes Mark Ruffalo’s Hulk will get his own film following Avengers: Age of Ultron. Ferrigno, who played the character on the television series, also contributed his voice to the character in The Avengers, so while this is still speculative, it’s not as insubstantial as if it were just some guy off the street.

Keith Richards may reprise his role as Captain Teague in Pirates of the Caribbean: Dead Men Tell No Tales, and Christophe Waltz may play the villain, Captain Brand, an undead pirate seeking revenge against Jack.

Finally, just as we ended the news section on something big for the superhero genre, here’s a rumor that’ll have a massive impact if true. Bleeding Cool reports that David Goyer — who has scripted a great deal of the comic book movies already out for both Marvel and DC — is at work on several DC Comics film projects. The idea is to put out films featuring titles of lower prominence than Batman, Superman, etc., with lower budgets due to needing less in the way of special effects. These films would then be released on a two-per-year basis, with one in the spring and one in the fall.

The films allegedly up for development:

I can’t help but notice some overlap in themes, but that may be intentional; if the idea is to flesh out the DC Cinematic Universe around Man of Steel, some stylistic similarity between the supporting titles may help build a consistent universe.