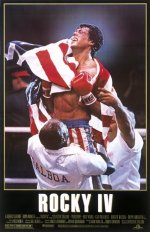 It’s been a while since I’ve reviewed a Rocky movie here, and I felt it was about time to visit another entry in the series. After all, today is Boxing Day, and Rocky IV even has its title match take place on Christmas Day — although if one misses that announcement one would never notice when the film was allegedly set.

Released in 1985, Rocky IV is just as cheesy as its immediate predecessor. There’s even a surprisingly advanced robot that is a gift to Rocky’s brother-in-law, for no particular reason other than to just show off how rich Rocky has become. Some people might think that the film being cheesy would be to its detriment; on the contrary, in this case it’s one of the film’s saving graces. In truth, it actually needs to be a little cheesier yet to be completely entertaining. 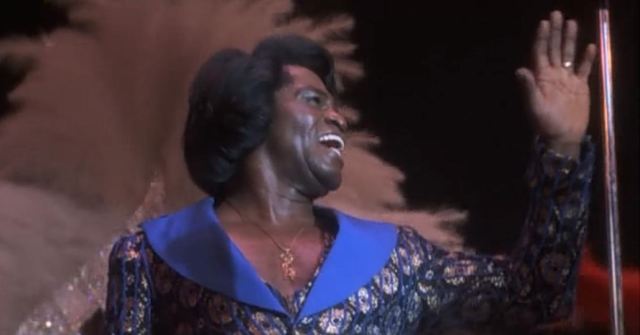 Rocky IV brings in a challenger from the East, Russian amateur boxing champion Ivan Drago (Dolph Lundgren). Drago is looking for new challenges and to demonstrate that the Soviet Union (1985, remember) is the superior country in athletics. This naturally brings him into conflict with America’s boxing champions, and after Apollo Creed (Carl Weathers) is demolished in an exhibition match, Rocky agrees to face Drago on his own turf — Moscow.

The fights are fun to watch, and the banter between Weathers and Stallone early on is solid. Talia Shire also gives a good performance as the increasingly-concerned Adrian. There are hints of emotional depth in the film, with Creed and Balboa each dealing with the prospect of aging and retirement in their own way, and Adrian’s concerns, and the U.S. vs. U.S.S.R. angle, plus a note of tragedy in the film. However, the film never quite seems to strike emotional chords as well as the first film did. This would be fine if it made up for it in other ways, but it’s also not really cheesy enough to succeed on that level either.

The problem, in a way, is Ivan Drago. Lundgren is a physically imposing figure, particularly in this film, but as a character, he’s a bit of a flat, snarling menace. He says perhaps a dozen words throughout the film; the rest is conveyed through his wife, played by Brigitte Nielsen. If the goal is to make Drago seem like an inhuman force, it succeeds, but it also means that Drago is not particularly interesting as a character. His few words are mostly taunts, but they lack the weight of the taunts thrown by previous characters such as Clubber Lang because Drago’s personality isn’t as developed.

As for the action, the training sequences feel redundant at this point. The music was fun, but we’ve seen Rocky train before, and having him run up a Russian mountain just doesn’t feel any different from him running up the steps of the Philadelphia courthouse. The fights are good, though, particularly the final bout, which aptly shows Rocky being given a tremendous challenge while also showing that Rocky has a chance to win.

It’s a reasonably fun film, and fans of the series won’t want to miss it. But it’s definitely in “fans only” territory, as it never quite succeeds in being its own film.