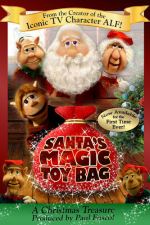 While most of the TV specials I’ve reviewed this year have been new offerings, Santa’s Magic Toy Bag is a little bit older — though likely still new to most people. Released in 1983 on Showtime, it wasn’t seen by as many people as a special released on the major networks would be, and it was never released on home video until just this year. As such, it is fairly obscure; I had to personally enter the data for it on Letterboxd, and its data on IMDb (where it currently has fewer than 20 votes) is still fairly incomplete, even compared to the very sparse credits given in the show itself.

But while the show may be unfamiliar to most people, they might find that something about it reminds them of something else. A voice, to be particular. Santa’s voice, provided by the creator, producer, co-writer and lead puppeteer of the special, Paul Fusco. (It wasn’t quite a one-man operation, but it may as well have been for all the credits tell us). The special was Fusco’s second television work, after A Thanksgiving Tale (that same year, also for Showtime). His voice and his puppetry would become well known to America just three years later, though, with the TV series ALF. 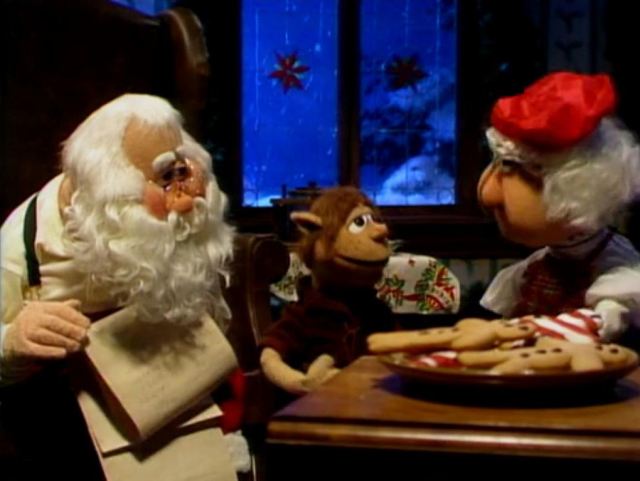 This special features a different brown-haired pest, however.

The special is focused around one of Santa’s many elf helpers, a young apprentice elf named Sherman. Sherman is exceptionally inept at his duties, and has been transferred from one department at the North Pole to the next. His toys are bizarre, he can’t file wishlist letters properly, and he puts a batch of candy canes in the oven. This being Santa’s workshop, all his supervisors are kindly disposed to him, but even their patience is starting to wear thin as they wonder when he’ll finally find something he’s good at. Finally, on Christmas Eve, Santa takes a personal interest, and puts Sherman in charge of taking care of his magic toy bag until it’s time to go out and deliver presents.

It’s your standard “believe in yourself” moral lesson TV special. We’ve all seen the lesson before, and we’ll all see it again, many times. As far as the plot is concerned, it’s definitely going to appeal more to small children than to teenagers and adults. But it will probably hold the attention of the little ones quite well, as Sherman’s various goof-ups are mildly amusing. For adults, a lot of the enjoyment is going to come more from just the pleasure of looking at it. The characters are fun to look at, and the whole special is bright and colorful. It has the charm of the old Rankin-Bass stop-motion specials, only in a different medium.

While on some level I knew that what I was watching was fairly simplistic on the whole, the production quality was high and the earnestness of it was endearing. If it had been released to a wider audience to begin with, it would be easy to see this becoming a cult-classic special, even if not a universal favorite.