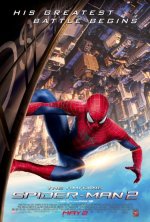 Whatever my thoughts on Amazing Spider-Man 1 and 2, I had expected I’d be watching and reviewing these films for years to come. After all, Sony had already scheduled dates for the third and fourth films even before the second debuted. But a funny thing happened between the release of this film and my being able to watch it. Something that was long-rumored, pretty much since Sam Raimi decided he wasn’t going to continue on his version of the franchise with Spider-Man 4: Marvel made a play to bring the character into the Marvel Cinematic Universe. This wasn’t a full buy-back on the license, as had been rumored for years, but a compromise strategy: Marvel gets to use Spider-Man in their MCU films, and Sony gets to continue to use Spider-Man in their own films. And they will be the same Spider-Man, not like the dueling versions of Quicksilver and Scarlet Witch in the Avengers and X-Men franchises.

But it will be a new Spider-Man (though they’ve said they won’t retell the origin again). The era of Marc Webb directing Andrew Garfield as Spider-Man has ended after two films instead of the planned four-plus. And to be honest, after seeing The Amazing Spider-Man 2, I have to say that’s probably for the best, because this film is a mess.

Part of the problem is a continuation of an issue with the first film, which is that Andrew Garfield lacks chemistry with most of his co-stars. He’s not a bad actor — his performance in The Social Network was good — but here, somehow, he just repeatedly fails to be convincing in his emotions and interactions. Maybe it’s not Garfield’s fault, but that of the writers — after all, these are writers who decided that even though this Peter Parker built his own web-shooters and has a solid scientific education, he also needs to have batteries explained to him. Possibly Garfield’s dialogue seems awkward because the writing is awkward. But the end result is that whether he’s interacting with Sally Field as Aunt May, or Emma Stone as Gwen Stacy, it still feels more like he’s reading from a script than genuinely saying and feeling those things. There is one big exception, though, and that’s when he has his reunion with Harry Osborn (Dane DeHaan); the first conversation between the two of them was natural and believable from start to finish, and it’s one of the highlights of the film.

Another highlight is Jamie Foxx as the film’s villain, Electro. Or, more precisely, the highlight is Foxx as Max Dillon before he becomes Electro. While Foxx plays both pre- and post-transformation Dillon, it’s his performance before he becomes a supercharged maniac that really works. You can see the character’s inherently awkward nature, as well as his incipient madness in every little mannerism that Foxx has. It’s great character acting. And I’ll also give the writers credit for this much — though I don’t know whether it’s purely from the script-writers or if this is an element from the Ultimate Spider-Man comics that the character’s movie look is drawn from — they didn’t have the transformation be the start of the insanity. They made it clear that he was unstable to begin with.

Sadly that’s as much credit as can be given. Throughout the film, characters’ motivations are baffling at best. Characters act without explained motives, or they act in defiance of the motivations they express. The film keeps a frenetic pace once the action starts in, but I’m hard pressed to remember any cool moments from the action sequences. They are forgettable; gone as soon as they are seen. There’s one notable exception — the concluding sequence in the clock tower is shot beautifully, and I admire the decision to do it as well as the skill with which it was done — but for the most part it felt like the fight scenes weren’t as imaginative as they could have been given the characters that were being used.

I won’t say I didn’t have fun with the film, but I certainly didn’t have enough that I’m going to miss this incarnation of the Spider-Man franchise. I’m giving this film a middling rating, but it wasn’t on the edge of a positive one; it was on the edge of a negative one.