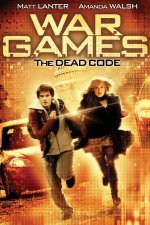 WarGames is often regarded as, if not an all-time classic, at least an 80s classic, and with good reason. It has an interesting plot, fun and well-acted characters, and while there is a small element of fantasy involved (most particularly a computer capable of learning built on early 1980s hardware) it’s mostly pretty believable. It has a plot that is both fun and serious, using the Cold War as a backdrop for a story in which a young hacker nearly starts global thermonuclear war by starting a game with precisely the wrong computer. Even the government agents in the film are largely intelligent, rational, caring human beings whose main flaw is an excess of faith in their systems, which were designed to be able to go off without human intervention, and to be nearly impossible to recall (the film Dr. Strangelove apparently did not exist in the WarGames universe, or the government just didn’t take it to heart.) It’s a great film, one I would rank as among my favorites.

WarGames: The Dead Code is pretty much what you’d expect from a direct-to-video sequel made 25 years later, in 2008, involving none of the original cast, writers, producers, or director, and no name actors. It could probably have been worse, but it’s far from the quality of WarGames, and far from necessary. I would be concerned about some of the things that bother me about the film constituting spoilers, but in this case, a large part of the problem is that if you’ve seen WarGames, then WarGames: The Dead Code has already been spoiled for you (and if you haven’t seen WarGames, just watch WarGames instead.) Although WarGames: The Dead Code is a true sequel, not a remake, and follows on the events of before, it is also very much a retread of the earlier film. All of the important parts are essentially recycled. So, yes, this review contains spoilers, but they won’t really spoil anything that wasn’t already going to be spoiled. 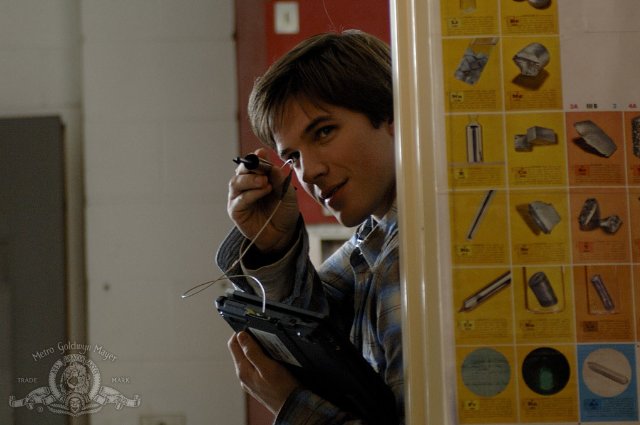 Maybe if I can hack their TV screen, they’ll think I’m Matthew Broderick.

WarGames: The Dead Code takes the major points of the plot of WarGames and simply swaps out the details, updating it for the time it was made. Instead of the Cold War, it’s now the War on Terror. Instead of the threat of global thermonuclear war, it’s now a threat of a biological weapons strike on Philadelphia. And the film’s hero, Will (Matt Lanter), doesn’t hack his way into the government supercomputer, he encounters it on the internet. This update, how the protagonist gets roped into things, is a bit of a change from the plot of WarGames, but though original, it isn’t very credible. Will needs some money to take a trip with the chess club, which he is only interested in to impress a girl he likes (Amanda Walsh). So he steals a bit from his middle-Eastern neighbor’s bank account, and uses it to make a wager on an online gambling site where the payouts are determined by success in a video game that simulates a terror attack. Being an avid gamer, he’s able to navigate the game easily, and passes the questions about chemical warfare by asking his chemical-engineer mother.

If that sounds like a very contrived video game, you’re right. It’s contrived by R.I.P.L.E.Y., the Department of Homeland Security’s sentient super-computer (voiced by Claudia Black). R.I.P.L.E.Y. has established the site as a “honey pot”, set to catch potential bioterrorists before they strike. And of course Will, with his funds from his middle-Eastern neighbor, his drone-piloting skills, and his mother’s chemical knowledge, has just gotten himself flagged. He winds up on the run, eventually being joined by his would-be girlfriend. The problem with the plot (besides the fact that R.I.P.L.E.Y. is able to track them in Canada — I know they’re friendly and all but would they really give the U.S. unfettered access to their security cameras) is that even beyond the contrivance, it’s a bit incredible (in the classic “hard to believe” sense) that R.I.P.L.E.Y.’s programming would be such that it could go on a rampage with so few checks in place… especially when the movie itself points out the problems with this scenario. Six-degrees-of-separation means that sooner or later anyone can be “linked” to a terrorist cell (in this case the link is something like a second-cousin of the neighbor; the neighbor is as innocent as Will), and the chemicals potentially used to make “weapons” detected in Philadelphia by R.I.P.L.E.Y. could “just as easily be used to make mouthwash”. Both of these facts are pointed out in-film, so the idea that R.I.P.L.E.Y. hadn’t been programmed with these problems in mind is a bit of a stretch. 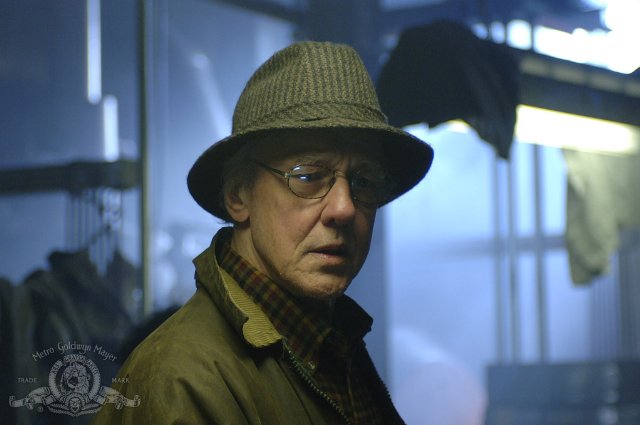 If only someone could have told them how dumb this was.

There’s also the fact that R.I.P.L.E.Y. has such a broad scope. “She” runs a massive database, runs an internet game to lure potential terrorists, controls unmanned drones, does remote chemical scans on Philadelphia, and tracks phones and accesses security cameras everywhere, including outside of the United States (legal jurisdiction notwithstanding). She’s basically Skynet, which besides the sentient-AI fantasy aspect, really stretches suspension of disbelief regarding the human decisions. The genre-blindness that was forgivable in the first film is rather harder to overlook here. We not only have to presume they never had Dr. Strangelove, we have to assume they never had the Terminator franchise. But as Stargate, World of Warcraft, and Facebook are all shown on the film, it’s considerably harder to treat it as a similar-but-different universe than ours. And that’s not the worst of it; we must also assume that they didn’t learn from the events of the first film. It is, after all, an actual sequel, not a re-envisioning; the events of the first film not only happened, they matter in this film. They are referenced, and are used in the progression and resolution of the plot. So we have a government who, after the Joshua incident, decide to go through with building another sentient super-computer that can cause global annihilation and which ignores human intervention, and they even go and forget to teach it futility, the one thing which saved them the first time around.

And strangely, despite the acknowledgement of the previous movie — to such an extent that it’s almost essential to have seen WarGames to understand the resolution of WarGames: the Dead Code — it seems to think it’s OK to just ape the same things from before with no variation. R.I.P.L.E.Y. is stopped the same way W.O.P.R. was, just using W.O.P.R. this time around. The film even recycles the faked death of Dr. Falken — and I don’t mean that another important scientist faked his death, I mean Dr. Falken literally faked his death a second time. Of course, they don’t get the same actor to play him, so this time around he’s played by Gary Reineke; that’s almost acceptable, though, as he turns in one of the few solid performances of the film. Lanter and Walsh are unimpressive in their acting (not that they’re given much to work with), and for a lead couple, they have almost no chemistry. I just wasn’t interested in anything they were saying and doing.

I’m not sure what, exactly, director Stuart Gillard was going for with this film. It’s not a remake of WarGames, it’s a sequel, but it goes over almost the exact same plot. It would have been a poor remake, but it’s even worse as a sequel due to that retreading. There isn’t any surprise in the film. He tries to punch it up by putting in some standard action-movie sequences, but they aren’t terribly exciting, and one of the charms of the original film was that it didn’t feel the need to have gunfire and explosions every ten minutes. WarGames: The Dead Code has just enough action to feel like it’s trying to be an action movie, and not enough to actually succeed at being such, while having too much to feel like the film it’s so desperately trying to mimic.

I can see only two intended target audiences for this; people who love the original film, and people who have no knowledge of it whatsoever. The first group will be very disappointed. The second group might find it more enjoyable, but they’d be better off seeing the original instead.

1 Response to WarGames: The Dead Code