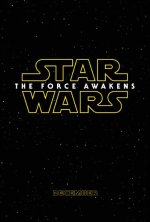 I wasn’t able to see it opening weekend, or opening month, for that matter. I had to bury my head in the sand when it came to social media, but I actually managed to avoid all but one spoiler — and that one was of such dubious origin that I didn’t really credit it until I was at a point in the film where even if I hadn’t seen the spoiler I would have strongly suspected it was coming. So overall I think I actually did all right in my avoidance.

There will be no spoilers in this review. I can’t vouch for the comments in reply to it, but at least for the content of my actual review, I shall be including no plot spoilers of any sort. If you’ve seen a trailer you know more about the plot than I will tell you. I’m sure most diehard fans have long since seen the movie, but “most” isn’t “all”, as proven by my own situation. And as Star Wars — indeed any movie, but most especially Star Wars — is best experienced as a surprise the first time, I have no desire to spoil even the smallest surprise for anybody else.

Instead, I shall endeavor to review the film entirely in the abstract; the quality of the acting, the directing, and how good the story is, without going into specifics. END_OF_DOCUMENT_TOKEN_TO_BE_REPLACED

It’s awards season again, and this past week brought out the nominations for the 2015 Academy Awards. As always, there’s a lot that people are discussing, from the racial makeup of the nominees to the fact that the third sequel to a B-movie is sweeping the nominations. As I wanted to get my blog dusted off after an unexpected break in December, I thought I’d also dust off the Oscarama Stats feature. Over the next several weeks — at no fixed schedule — I’ll post some new analyses of different Oscar facts as well as updates of the previous Oscarama Stat posts.

The Oscarama Stats were first posted in conjunction with 2013’s nominees; I don’t expect a lot of change in just two years, but it’s my hope to continue the updates every five years from here on out, so 2015 is a good time to start. It’ll also give me the opportunity to rework a couple things.

But before the updates, a new subject to discuss. As noted before, the Oscars don’t shy away from similar films among their nominees, be they remakes, sequels, or just revisiting the same topic. But only occasionally has this come into play with the actors themselves. Only six actors have been nominated more than once for playing the same role. Let’s take a look at them. END_OF_DOCUMENT_TOKEN_TO_BE_REPLACED 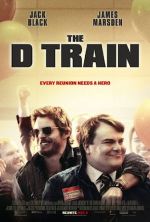 The directing debut of writer-director duo Andrew Mogel and Jarrad Paul, The D Train was declared D.O.A. after a mere week in May. A dark dramedy starring Jack Black and James Marsden, its theatrical showing was decimated in seven days, with over 90% of its 1000 screens dropping it.

Its stars may not be dynamite draws these days, but nor are they D-listers. So why did the audiences disdain to watch? Rare is the movie that dies to word of mouth or critical reviews in a single week. Perhaps it was due to a poor promotional trailer. But with its digital debut comes a new opportunity to discuss whether it deserved its direct deportation.

And did it? Definitely. END_OF_DOCUMENT_TOKEN_TO_BE_REPLACED 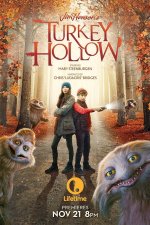 Jim Henson has been gone for 25 years, but the company bearing his name lives on. Still, it has become somewhat rare to actually see anything come out under the Jim Henson Studios label itself. Shortly before Henson died, he parceled out his most famous properties to companies he felt would take care of them. Children’s Television Workshop got Sesame Street (and is now called Sesame Workshop). Disney got the Muppets. The Jim Henson Company retained ownership of Fraggle Rock, but that property has lain fallow, and there have been very few side-projects.

So when I saw that a new Jim Henson Company production was going to be airing on Lifetime, I broke from my usual rule of “no Lifetime made-for-TV movies” in order to check out Turkey Hollow, which debuted this Saturday, November 21st, and has some repeat airings tonight. END_OF_DOCUMENT_TOKEN_TO_BE_REPLACED 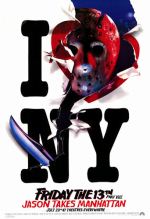 Eight movies into an increasingly untenable franchise, it would be strange to say that I’ve been anticipating a particular installment. It would not, however, be entirely wrong, as Jason Takes Manhattan is an entry that has acquired a certain degree of notoriety on its own. Some of the series fans seem to hate it, some seem to love it, but unlike, say, installment 9, people actually talk about it a bit. So I was a little curious to see exactly what I would think of the film when this year’s third Friday the 13th came around.

I think both sides of the debate on this one have some very valid points. END_OF_DOCUMENT_TOKEN_TO_BE_REPLACED 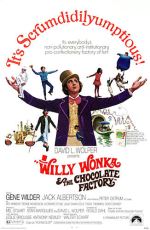 The works of Roald Dahl have inspired several films, but the best known of his works is Charlie and the Chocolate Factory, which has been adapted to film on two separate occasions. The first adaptation, directed by Mel Stuart in 1971, is considered a classic and childhood staple by many. It has been one of my personal favorites since I was a small child, and would easily be worth the in-depth behind-the-scenes looks I like to do in my Favorite Films reviews. But for today, I would instead like to take a look at a couple scenes in the film and talk about their impact and meaning within the story. In particular, there’s a scene that isn’t present in the novel which is often brought up in criticism of this film.

Well, another Halloween has come and gone, and another batch of seasonal movies have been viewed. While I’m not quite done with horror movies yet — there’s a Friday the 13th this month, after all — it’s time to blow out the candles in the jack-o’-lanterns. About time, too, since this year’s festivities started in September.

Regular programming will resume in a couple days, and hopefully will contain some good films. Of course, there are still a lot of films from the Haul of Dubious Quality to check out, as many of those weren’t horror films. So who knows, maybe we’ll be stuck in mediocrity for a while. But at any rate, the pumpkins will be coming down today.

Time, then, for the roundup. What was good, and what wasn’t? END_OF_DOCUMENT_TOKEN_TO_BE_REPLACED

I fiddle around with 3D graphics — as long-time readers will have noted in the blog headers — but I don’t usually post my art here on the blog. After all, the blog is here to discuss other peoples’ creations, and usually movies, not other forms of art. For today, though, I’ve decided to make an exception and share something I’ve been working on for fun for a couple months. So check after the jump for a bit of Halloween pop culture. END_OF_DOCUMENT_TOKEN_TO_BE_REPLACED

Halloween 5: The Revenge of Michael Myers 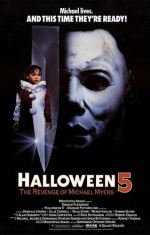 It’s tough to keep a franchise on the tracks, but aside from the aberrant Halloween III: Season of the Witch, which deviated from the story, the Halloween franchise was reasonably solid up until this point. The first film is a classic, the second is a sound (if unnecessary) follow-up, and the fourth film is a worthy way of continuing the story while modifying it. But with the fifth film, although it’s not truly bad, it’s easy to see where things are starting to go astray.

One person who isn’t to blame for this is actor Donald Pleasance, who once again returns as the world’s most durable child psychologist, and once again treats the material seriously and skillfully. Also returning is Danielle Harris as young Jamie Lloyd, the niece of Michael Myers and current target of his rage. She does well enough once again, though she’s given some ridiculous material to work with. No, the blame here for the film’s unevenness has to go to writer-director Dominique Othenin-Girard. While there are several logical ways to follow-up on part 4, the screenplay here takes a tactic that is not at all logical. END_OF_DOCUMENT_TOKEN_TO_BE_REPLACED 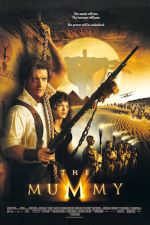 As is traditional with stories involving mummies, the whole thing starts with a curse. A priest in ancient Egypt (Arnold Vosloo) is caught in a lover’s rendezvous with the Pharoah’s wife, and so he is condemned to be entombed alive, to be gnawed upon by scarabs eternally. Of course, this has the usual problem with undying curses, in that you have to make the victim undying. A few millennia later, somebody breaks into the tomb, and the wrathful priest is bringing back the plagues of Egypt. END_OF_DOCUMENT_TOKEN_TO_BE_REPLACED