It’s awards season again, and this past week brought out the nominations for the 2015 Academy Awards. As always, there’s a lot that people are discussing, from the racial makeup of the nominees to the fact that the third sequel to a B-movie is sweeping the nominations. As I wanted to get my blog dusted off after an unexpected break in December, I thought I’d also dust off the Oscarama Stats feature. Over the next several weeks — at no fixed schedule — I’ll post some new analyses of different Oscar facts as well as updates of the previous Oscarama Stat posts.

The Oscarama Stats were first posted in conjunction with 2013’s nominees; I don’t expect a lot of change in just two years, but it’s my hope to continue the updates every five years from here on out, so 2015 is a good time to start. It’ll also give me the opportunity to rework a couple things.

But before the updates, a new subject to discuss. As noted before, the Oscars don’t shy away from similar films among their nominees, be they remakes, sequels, or just revisiting the same topic. But only occasionally has this come into play with the actors themselves. Only six actors have been nominated more than once for playing the same role. Let’s take a look at them.

The earliest performer to score a second nomination for the same role was Bing Crosby, who first played the singing priest in 1944’s Going My Way, and then again in 1945’s The Bells of St. Mary’s. Both films, it should be noted, were Best Picture nominees, with Going My Way winning. Crosby would also win that same year. Crosby has the shortest turnaround time among the double-nominees, with only one year between performances. 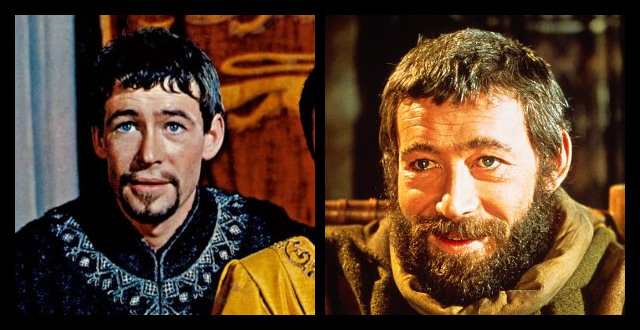 Next up is Peter O’Toole’s performance as the king of England, first in 1964’s Becket and then in 1968’s The Lion in Winter. Again, both films were also nominated for Best Picture. What is particularly interesting about O’Toole’s double nomination is that he is the only actor nominated for the same role in unrelated films. While the films are based on historical events, The Lion in Winter is not a sequel to Becket, and other than Peter O’Toole there is no commonality among the major cast and crew. 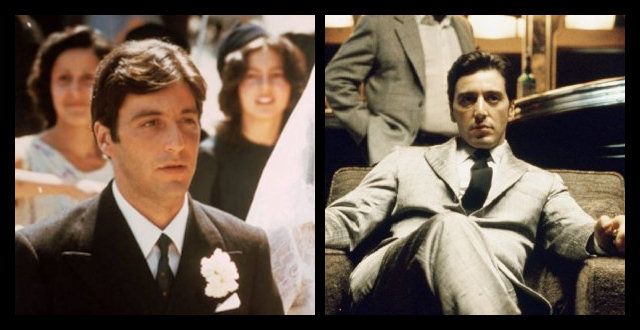 Arguably the most famous double-nomination is Pacino’s role in The Godfather Parts 1 & 2, in 1972 and 1974. It is important to note that he does not have a triple-nomination, as while he was nominated for a Golden Globe for Part 3, the Academy declined to follow suit. Thus far no actor has been nominated three times for the same role. 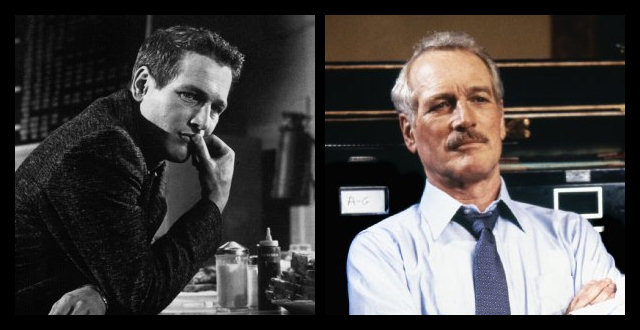 Paul Newman’s double nomination actually begins before either O’Toole’s or Pacino’s, with a nomination for The Hustler in 1961. The other half came in 1986, in The Color of Money, 25 years later. This is remarkable both for the length of time between the nominations, and also because it is the only double-nomination to include both a black-and-white film and a color film. Also notable is that this is the first time that only one of the films — The Hustler — was a Best Picture nominee. Finally, it is noteworthy that Newman took home the statue in 1986. 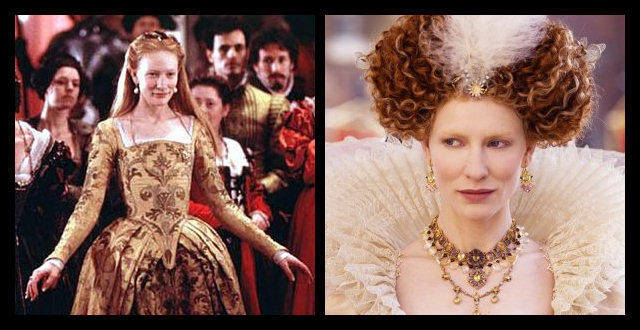 Cate Blanchett as Elizabeth I

Cate Blanchett played the title role in 1998’s Elizabeth, and reprised it nine years later in Elizabeth: The Golden Age. The first film was nominated for Best Picture, but the second was not. Blanchett is so far the only woman to have been nominated twice for the same role. 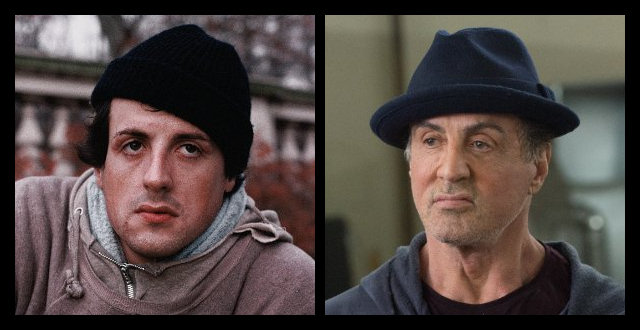 Finally, the newest member of the club, Sylvester Stallone. Stallone was first nominated for the 1976 Best Picture-winning Rocky, and received his second nomination as Balboa in 2015’s Creed. At 39 years, this is the longest gap between nominations for the same role. Additionally, Stallone is the only person on the list who has only been nominated for the same role; all the others have additional acting nominations to their credit.

There are a few other interesting things to note. One is that nobody has managed to win the Oscar twice for the same role; in fact, only Crosby and Newman have won for these roles at all. Another point of interest is that nearly all of these nominations are for leading roles. The exceptions are Pacino in the first Godfather film, and Stallone in Creed, making Pacino the only actor to transition from supporting to leading nominations in the same role, and Stallone the only one to transition from leading to supporting.

It will be interesting to see when a seventh person joins this club, and when — or if — somebody ever acquires a third nomination for the same role.

Credit where it’s due: I received the idea for this blog from playing this Sporcle quiz by LTH. Sporcle has quizzes on a wide variety of topics, and is a pretty solid way to fill a few minutes here and there. If you join up, tell them MRL sent you.