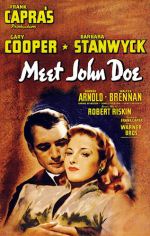 Frank Capra rather famously mixed Christmas with the concepts of depression and redemption in It’s a Wonderful Life, but it wasn’t his first film to address these concepts in that context. Several years earlier, in 1941, he directed Meet John Doe, which deals with them not on the individual scale, but on the national one.

The film opens up at a newspaper, recently bought out by media magnate and would-be politician D.B. Norton, played by Edward Arnold. Norton has plans for the paper, and they don’t include many of the current staff members. In a last-ditch effort to save her job, columnist Ann Mitchell (Barbara Stanwyck) makes up a letter from a Mr. John Doe. In this fictional correspondence, she has John Doe declare how disgusted he is with the way businesses are running — and to his mind, ruining — America. Her created character is not despairing on a personal matter, but has simply had enough of the state of the world. The letter ends with a declaration that as a form of protest, he will be jumping from the tallest tower in the city at midnight on Christmas Eve. 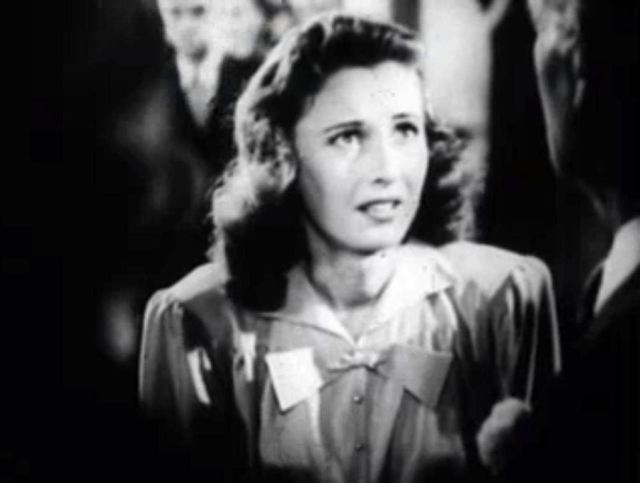 He’ll make a festive red splash on the pavement!

Of course, the false letter captures the imagination of the town, and soon the paper finds itself in need of an actual John Doe to put a face to the name. Mitchell finds her man in “Long John” Willoughby, played by Gary Cooper. A down-on-his-luck baseball player, Willoughby is the perfect image for John Doe. More letters follow, with posed press shots, and eventually radio speeches, all written by Mitchell and delivered by Willoughby. In the meantime, the country starts up “John Doe clubs”, and D.B. Norton starts scheming on how to turn all of this to his advantage. (An exact timeline is never given, but the implication is that the original letter was published sometime a month or two ahead of Christmas.)

With the starring cast that it has, it barely needs mentioning that the film is terrifically acted. Gary Cooper does an excellent job of showing Willoughby’s conflicted feelings as he starts to believe what he’s saying, and as he also starts to fall for his speechwriter — while convinced that she’s only in love with the man she’s made up. Stanwyck is energetic and engaging as Mitchell, a woman who initially is unrepentantly opportunistic and who gradually starts to soften as she too starts to believe what she’s writing. Contrasting the two leads are the major supporting characters. Walter Brennan plays Willoughby’s friend “the Colonel”, a fellow hobo who is a dyed-in-the-wool cynic, a man who genuinely believes that people are happier when they have no money and no obligations. He has every bit of the anger that the fictional John Doe has, but his concern for other people goes little farther than trying to make sure Willoughby doesn’t get too caught up in what he’s doing. And Edward Arnold is great as Norton, whose very demeanor practically screams that he’s up to something crooked from the moment the audience is introduced to him.

As Christmas Eve approaches, these characters and the masses of the nation get caught up in the story they’ve concocted, and Willoughby finds himself having to decide what the right thing to do really is. The original plan was to have him simply skip town, but now he’s too recognizable a face. People know him where ever he goes. And he has come to believe in the cause he’s championing.

Between Cooper’s acting and Capra’s directing, Meet John Doe creates a drama that is constantly interesting to watch. One knows the general direction of where the story is going, but how it gets there is entertaining. And while it has the expected and traditional uplifting outcome of a movie that ends at Christmas, it’s balanced with a healthy dose of reality in the setting.